Looking ahead! Ashley Greene’s parenthood preparation is starting in the kitchen.

“We’re not having kids in the near-near future, but before we have children, I just want to kind of get certain things set and implement certain things into our lifestyle now,” the actress, 32, told Us Weekly exclusively of her and her husband Paul Khoury’s lifestyle changes earlier this month at Elite World Group’s e1972 NYFW Runway Show launching the size-less luxury brand with a special performance by Bebe Rexha.

Paul Khovry and Ashley Greene attend the Elton John AIDS Foundation Oscar Viewing Party on February 9, 2020. Annie Lesser/imageSPACE/Shutterstock
While the Twilight star has “stopped eating meat,” she isn’t going vegan. “I couldn’t do it,” the Florida native admitted to Us. “I love sushi far too much that I don’t think I could. I mostly do egg whites, but I don’t think I can cut [them] out of my diet completely.”

Greene explained these dieting choices to Us, saying, “I found that I have really high cholesterol. My doctor’s kind of baffled because she’s like ‘You’re lean, it doesn’t make sense,’ so I just started really looking at it and kind of playing with taking certain things out of my diet to see what shifts my cholesterol and levels in my body.”

The model and Khoury, 27, tied the knot in July 2018 in San Jose, California. Five months after their nuptials, Greene told Us exclusively that they wanted to have children “a little bit further down the road” so they could focus on themselves as a couple.

“I’m going to be a great mom,” she told Us in December 2018, noting that the Australian TV personality will be an incredible parent as well because “his mind and his soul are so beautiful.”

The Sports Illustrated Swimsuit model gushed about how “patient” Khoury is with her in December 2019. “I like structure and I like things really planned out,” she told Us at the time. “So, if anything isn’t kind of falling into, like, [place] it stresses me out a bit. He has to remind me that, like, it’s OK if things are messy, something things will fall into place.”

Greene went on to clarify, “But no, for the most part, I don’t think I’m that much of a nightmare. I also really need my matcha in the morning before I talk to anyone. So, he’s patient with that.”

END_OF_DOCUMENT_TOKEN_TO_BE_REPLACED 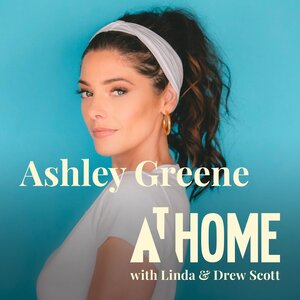 Ashley Greene is an actor currently starring in the dramatic film, Bombshell. She shares her journey of being a part of the Twilight saga and what the experience taught her about making career decisions. She also relates home design to wedding planning, describing how hers was a true marriage of both her and her husband’s vision (which involved a fairytale Game of Thrones theme!).